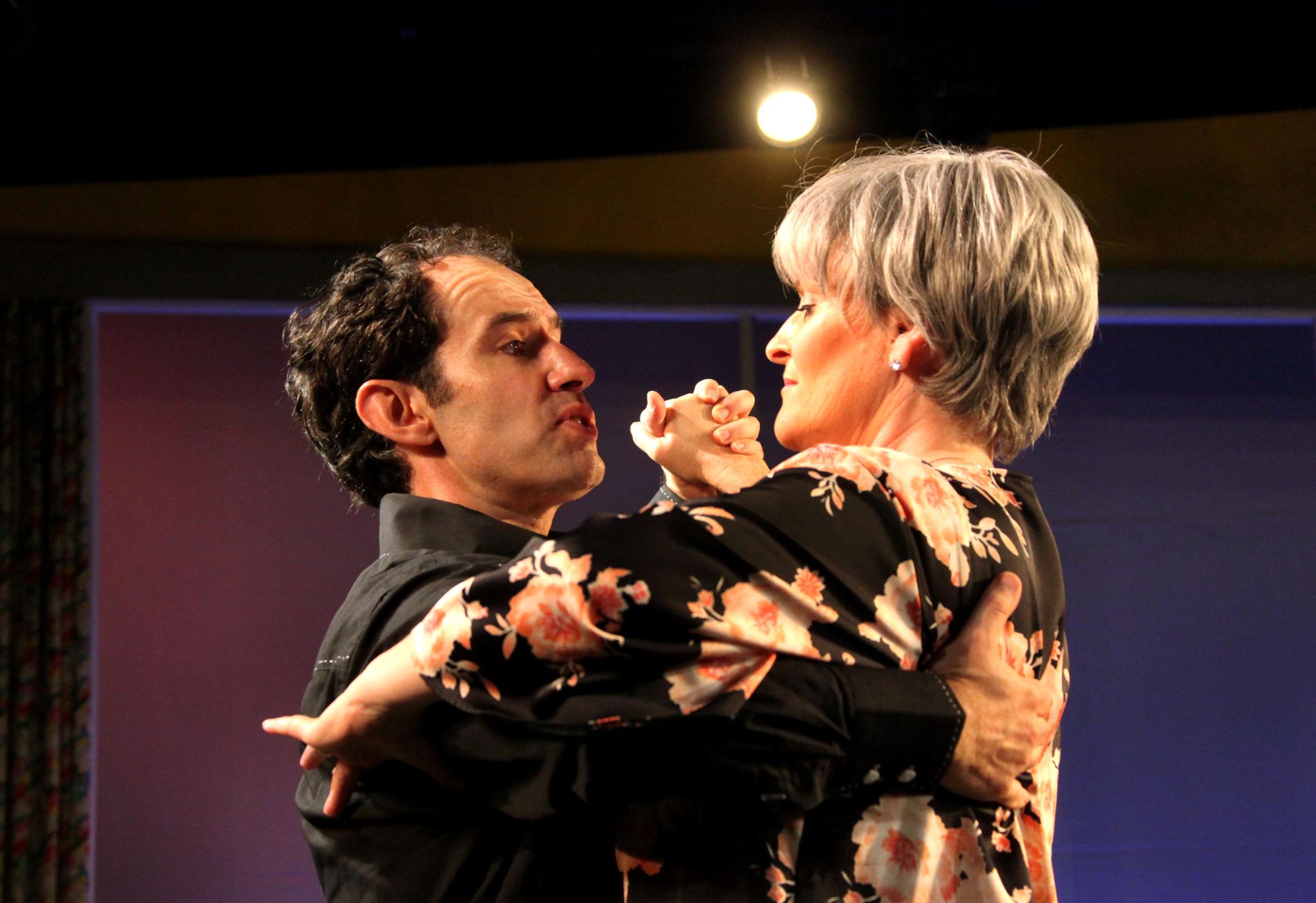 The South African premiere of Richard Alfieri’s international hit play. What begins as an antagonistic relationship blossoms into an intimate friendship as two people from very different backgrounds reveal their secrets, fears, and joys while dancing the Swing, Tango, Waltz, Foxtrot, Cha-Cha, and Contemporary Dance.

The Theatre on the Square / Hilton Arts Festival

“Six Dance Lessons in Six Weeks is put together with a sense of theatrical exuberance, yet directorial restraint that keeps it cropped tight, classy and supremely entertaining. You might leave this play with red eyes, but you will leave with a full heart and a great sense of privilege. This is a ten out of ten production.” – Robyn Sassen

“Both performers are superb in their respective roles and with costume changes for each scene, inventive sound and lighting and a nice spread of music, this production is a must.” – Peter Feldman

“Truly a feather-light, energising and feel-good way to kick off the theatre year!” – Christina Kennedy

“Ditchfield and Domingo’s are perfect in their roles , bringing nuance and subtlety to their gradually deepening performances.” – Jennifer de Klerk

“Six Dance Lessons in Six Weeks is a brilliant piece of theatre that richly rewards any audience that really cares about words.” – Lesley Stones