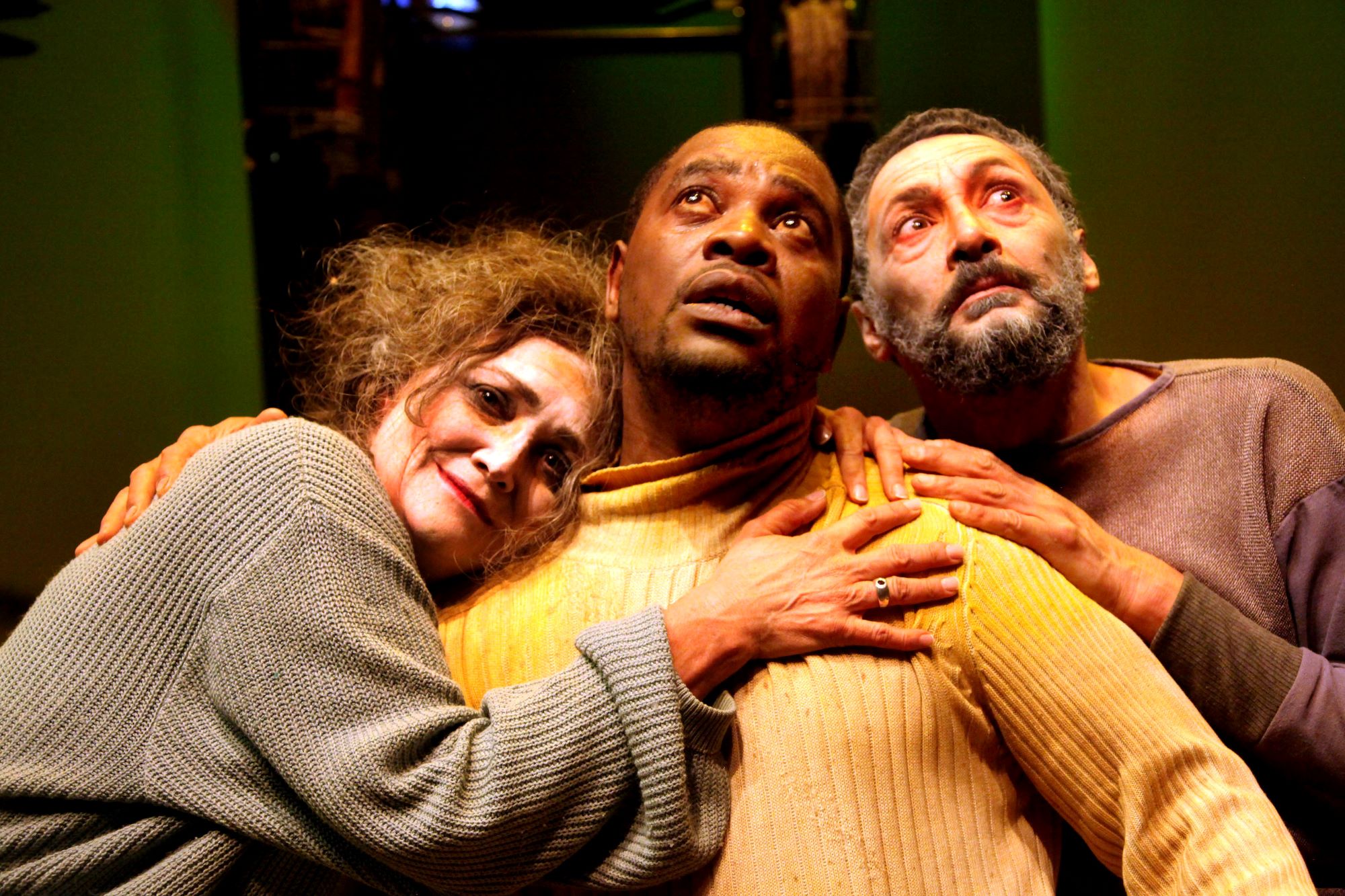 The world premiere of Ariel Dorfman’s playful and pertinent allegory for the ethnic and nationalist divisions we see across the world. The action is set against the backdrop of invented lands at war where an elderly couple hang onto a series of delusions as a means to survive against the insanity of borders that have been created by State and family. A guard arrives and a new boundary line is drawn over the middle of the couple’s bed, dividing their house into two countries. What follows is a series of farcical events resulting in a play that poignantly explores the absurdity of manmade boundaries and borders.

“Delirium is built with no direct trajectories. It doubles back on itself in narrative, in the values it presents, in how stories interrupt stories; its denouement wrenches you from your complacency and forces you to consider the whole contradictory mess of now rootless civilians in political conflagration. …You might watch this play and think of the Cantonists or the Hitler youth, malleable youngsters stolen from their parents and brainwashed into monsters. You might think of the Berlin Wall or the conflicts in Rwanda, Bosnia or the Middle East, where language as much as bullets are weapons. Either way, this visually messy, but conceptually uncluttered play grabs you quickly and doesn’t readily let go.”  – Robyn Sassen (Sunday Times)

“Delirium is an intense but often very funny play, highlighting many serious issues in a refreshingly different way. You’ll end up thinking about it and its many messages – war and its futility, rules, regulations, control, love and redemption. You can’t avoid it.” – Jenny de Klerk (Saturday Star)

“Ariel Dorfman’s Delirium is not some gritty, overly worthy treatise on who needs to be blamed for our current context and how we should all try to get along. Rather, it’s an unexpectedly funny, absurdist look at how a situation that over-emphasises the “civil” part of “civil-war” causes as much heartache as the war itself…The action becomes increasingly frenetic on stage as the play progresses, and the emotional intensity keeps pace, making Delirium both a challenge and a delight.” – Bruce Dennill (The Citizen)

“Delirium is not only entertaining but thought-provoking. Ethnicity, war and borders feature prominently throughout the play. The viewer constantly draws parallels with conflicted countries like Rwanda, Palestine-Israel, and Syria and how the people of those countries have been similarly affected. Dorfman’s play even speaks to the injustices and mad laws experienced during apartheid South Africa, as the post-apartheid divisions that continue to tear this country. …Delirium is a first-class production with a stellar cast.” – Karin Duma (The Sunday Independent)

“Ariel Dorfman’s Delirium is one of the zaniest productions I’ve seen in a long time. It continually hits the mark with its sly observations and bizarre sense of fun and the trio of actors who bring it to life are simply terrific.” – Peter Feldman (Artslink)

This world-premiere was made possible by funding from the Ford Foundation, New York.